Paris, April 27th, 2017 – TF1, Cyber Group Studios, Supamonks Studios and La Chouette Compagnie announce that they are currently developing Droners. This comedy and adventure animated series, based on an original idea by Pierre de Cabissole and Sylvain dos Santos, will target kids aged 6 to 10 in 26 episodes of 26 minutes.

Welcome to TERRAQUA, a world 95% covered by oceans! Corto, Arthus, Enki and Mouse form team Tikis! Together, they firmly intend to win the Whale Cup, the craziest drone race of all times. They will have to prove their agility, be bold to face the strongest opponents coming from all parts of the World and thwart tricks on the craziest and most incredible drone circuits ever organised. Watch out competitors: the Tikis are more determined than ever! The future of their archipelago, threatened by marine submersion, relies on their victory in this tournament… 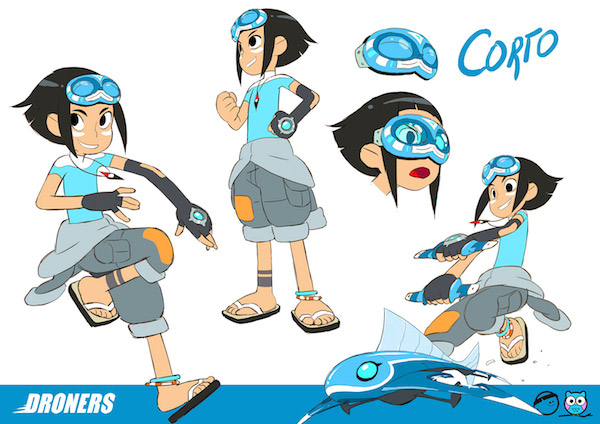 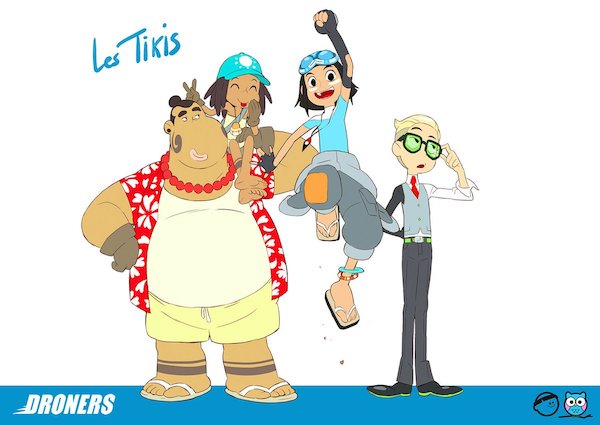